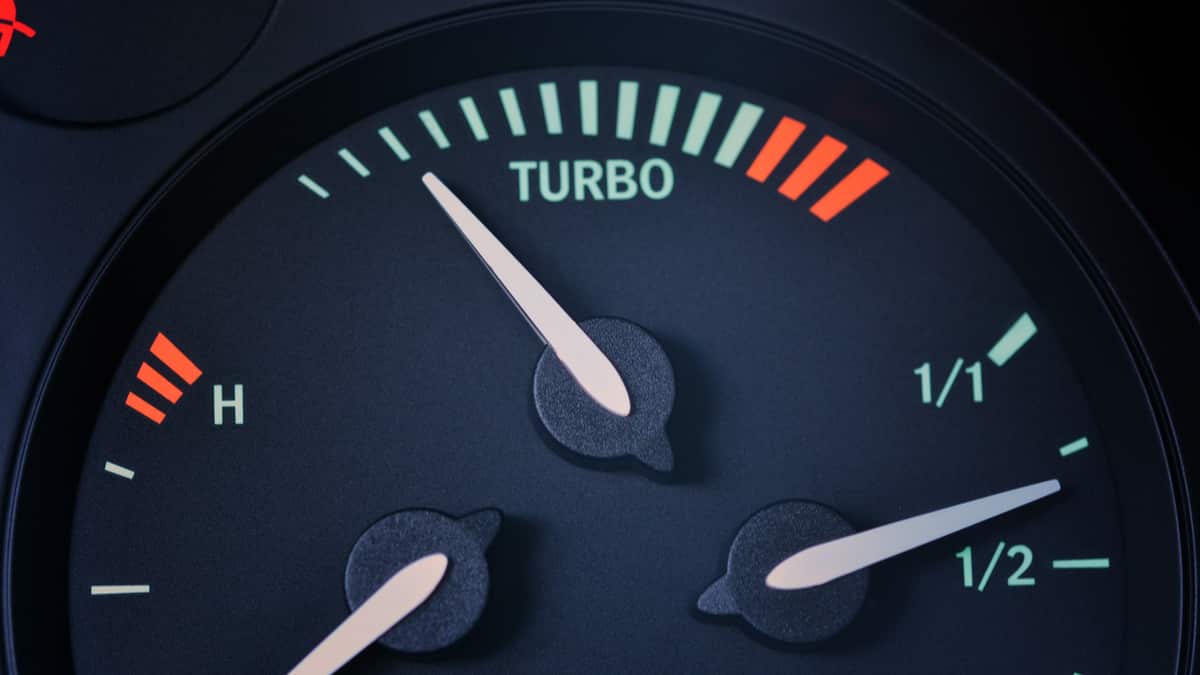 If you want to boost the performance of your engine, you have probably looked at the options between turbocharging and supercharging. These are both forced induction systems that can boost horsepower in naturally aspirated engines.

While the two have some similarities, there are also differences that must be addressed by looking at the turbocharger vs. supercharger.

It’s true that people mistake the two methods and think they can be used interchangeably, but that’s not the case. Depending on your situation, one option is going to be a better choice for your needs than the other. Let’s take a quick look at it:

While this is just the fast answer, there is much more into it. Let’s take a more detailed look at the differences between the supercharger vs the turbocharger.

What is Forced Induction?

Both turbochargers and superchargers work similarly to air compressors. Their job is to increase the airflow and oxygen levels into the engine with the help of forced induction. However, each type provides this air in a different way.

The more oxygen available for the combustion process, the more power you can receive. With compressed air, the density becomes greater, allowing more oxygen into the cylinders. When more air enters the chamber, more fuel is needed, leading to explosive power.

If you drive at a higher altitude, the air is less dense. In these cases, forced induction allows you to regain power that’s been lost by squeezing more oxygen into the engine. If a car doesn’t use a forced induction system, the engine can only perform based on the air density in the environment.

What is a Turbocharger?

When exhaust gases are passing through the system, they spin a turbine that creates a vacuum. This vacuum compresses the air before it is pushed through the intake manifold. If the engine spins faster, so will the turbine, pushing forward even more air.

Typically, you can expect a boost of six to eight pounds per square inch (psi). With normal atmospheric pressure measuring 14.7 psi when at sea level, this creates an average of 50% more air entering the engine. However, because the process isn’t completely efficient, you can expect to receive up to a 40% improvement.

The most obvious benefit of adding a turbocharger is the amount of power your vehicle can unleash. Compared to other naturally aspirated motors, yours will have a better capacity to produce top-end horsepower.

With a twin-turbo design, there’s even better power produced. Having two turbos working in conjunctions can also reduce performance lag.

Many smaller engines rely on turbochargers over a supercharger. For one, the turbo is compact and can fit into smaller spaces.

Turbo engines use exhaust gases to operate. If the turbo wasn’t there, the gases would simply go to waste, so nothing more is needed to operate the turbocharger.

Because the waste gas is used, there is a reduction in emissions. The powertrain operation is also more efficient because there is a recovery of the exhaust gases, so no energy is lost. For this reason, and because of the lighter weight, you should see less impact on your fuel economy.

With that said, a turbocharger doesn’t work instantly. Because it is powered by the exhaust, the turbine needs time to spool up and it must reach a specified rate before it can provide the boost.

This condition is known as the turbo lag, or a momentary power lapse while the turbocharger is gaining the necessary speed. In modern cars, you can expect the turbo lag to last for one second or less, so it’s not too much of a pain.

Turbocharged engines are brutal on the motor oil. They are known to get really hot, requiring high-quality oil for protection.

For this reason, you may also need to change the oil more frequently. Neglecting regular service could be detrimental to the turbocharger.

Because the turbocharger runs off of the exhaust, there are some special installation steps that must occur. For example, the exhaust will need to be modified and you may need to install an intercooler.

If you are mechanically inclined, you can make these modifications yourself, but they take extra time. If you can’t do them yourself, you are forced to pay more for the installation.

What is a Supercharger?

Just like with a turbocharger, this part increases the air pressure and density in the internal combustion engine. With every intake cycle, more oxygen is supplied to the engine, forcing the need for more fuel that creates more power.

The supercharger creates no lag as the turbocharger does. You can count on instant power delivery as the supercharger gets its power from the crankshaft.

This linear powerband boost can increase power by more than a comparable turbocharger. Plus, the supercharger is known for creating better power at lower RPMs.

The supercharger requires far less installation than the turbocharger. You won’t have to make modifications to the exhaust to install a supercharger.

Plus, the supercharger doesn’t tax the oil the same way that the turbo does. For this reason, you can install a supercharger and not think twice about maintenance.

Superchargers use engine power to run. To produce the power, more energy is needed. For this reason, they aren’t going to be as efficient as the turbocharger.

Having a direct connection to the engine can make the supercharger more powerful, but it also makes them less efficient. You can expect to see a significant dip in fuel economy with this setup.

The supercharger is going to take up more room in the engine bay. For this reason, it’s normally used in conjunction with larger engines, such as a V8.

It would be difficult to fit a supercharger onto a compact four-cylinder. That’s why superchargers are only used on a handful of cars.

Sadly, superchargers are becoming less popular. Turbochargers are dominating the market as automakers strive to meet certain fuel economy and emission standards without compromising on performance.

As turbochargers continue to combine with direct fuel injection, they can be used with smaller engines, allowing everyone to benefit from some extra power. With this in mind, it’s difficult to tell how much longer superchargers will be used on new vehicles.

Which is Better: Turbocharger or Supercharger?

These days, it’s important to side with the efficient option. Turbochargers make the most sense in many applications because there is less waste.

In the future, we will see a rise in electric turbos as well. This design uses an electric motor to spool the turbocharger at low RPMs. You are left with a more useful boost until the exhaust gases build up enough to produce power, providing the best of both worlds.