Do you have to use the Manufacturers Engine Oil? 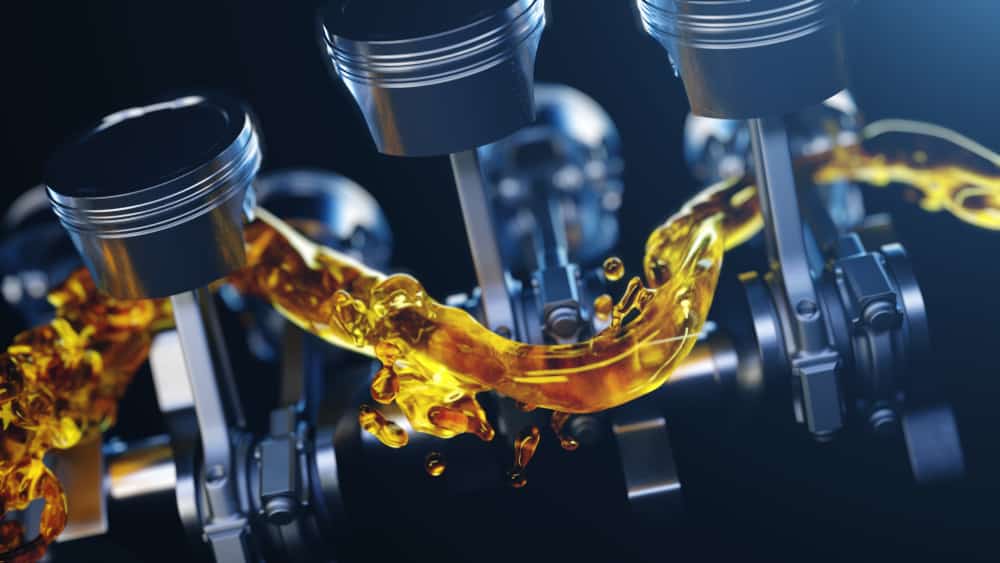 The first thing you need to find out after purchasing a new car is what type of oil the manufacturer recommends.

Oil is classified on the basis of its viscosity, which in layman’s terms form is its thickness. Oil is essential for the smooth operation of the engine. It circulates from the oil pump, where it is pressurized, through the engine.

The oil will circulate through the motor and bearings while cooling and lubricating the motor. It then enters the oil sump where it is stored and cools down. During this process, the oil is contaminated by engine by-products and dirt. A sludge often forms at the bottom of the oil pan. The oil has an amber color, but it will turn black after continued use.

When using certain oils, the vehicle achieves its optimum performance. You can use either synthetic or mineral engine oils. Each of these oils has its own advantages and disadvantages. Since the manufacturers are the ones who developed the engine, it is advisable to follow their recommendations.

Incorrect engine oil will contaminate your engine and reduce its efficiency. If you have a powerful car engine, you can use premium engine oil.

Do you have to use the manufacturer’s engine oil?

Many car manufacturers use tracers in their engine oil. With this tracer, the manufacturer can check, in the case of engine failure, whether the engine oil in your engine is the one he recommends. Of course, it is not very common for them to check this, but in a new car with expensive repair costs for your engine, they could do so.

If you are using different engine oil to the one specified in this situation, you may be refused payment for a new engine. If you have an older car without a warranty, you can buy engine oil produced by another manufacturer, but it is always best to make sure that it is compatible with the engine oil manufacturer’s specifications.

RELATED: What Does SAE Stand for in Motor Oil?

Engine oils differ in the type of additives added. Cars are designed for operation under certain climatic conditions; for example, there is one type of oil that is not suitable for use in extremely cold or hot weather conditions. Dirt can also cause the seals to work inefficiently. In this regard, detergents are added to the engine oil to prevent the formation of dirt deposits.

Additives help the engine oil to function under different climatic conditions, while detergents prevent the deposition of rust in the metal components. In some cases, they react with the dirt components and dissolve them.

The last components of the engine oil are the dispersants. The oil filter is crucial for removing contaminants from the oil. When the sludge settles to the bottom, it can be difficult to remove. Dispersants react with impurities and suspend the mixture so that the oil filter can carefully remove them.

Each of the engine oil types indicates whether it contains one of the three types. Some, however, are marketed so highly in terms of effectiveness that when added to the car, they only disappoint.

Car owners are also at a crossroads in how engine placement affects performance. In most cars, the engine is in the front and you have a trunk in the back. The configuration of the car depends on how the wheels are placed and whether it is a front- or rear-wheel-drive car.

The location of the engine influences the performance, therefore the type of oil used is important. Many sports cars have a rear-mounted engine. This type of engine placement results in more braking power and acceleration. Most of the car’s weight is at the rear and the car may need a significant amount of force to push the weight of the car forward.

Most people live under the myth that you need an oil change every 3,000 miles. But engines are becoming more efficient and can actually go more than 8,000 miles without an oil change. In fact, most automotive experts advise against constant oil changes. The reason why we all believe we should change our oil after 3,000 miles is that manufacturers have attempted to market their products to make us believe that’s the case.

Most car owners rarely or never read the manufacturer’s manual. Instead, they follow the sticker that was applied during the last oil change. Engines have become more efficient, which means the driver has less influence on engine oil consumption.

Most car manufacturers have recently suggested that an oil change be carried out after 7,500 or 10,000 miles. On some models, such as the Jaguar, an oil change can be done after 15,000 miles. However, you should change it earlier if you find leaks.

Synthetic engine oils have further pushed the limits of how often you need to change your engine oil; some suggest an oil change only after every 10,000 miles.

Moving engine parts tend to have room for oil and this prevents them from coming into contact with each other. If this does happen, friction and heat are generated and the parts wear out more quickly.

Viscosity is a term used to describe the thickness of the oil. The interaction between moving metal parts of cars is measured by tolerance. If parts have a high tolerance, this means that they are very close to each other. This type of engine is found in high-performance cars. In other cars, you have less tolerance, which means that the distance is greater and you have leeway in choosing the engine oil to use.

Each engine oil type has a specification of its viscosity. If you buy the wrong type, the metal parts will grind against each other, causing friction and subsequent tearing. There is a universal industry standard for measuring oil viscosity. For the correct type of engine oil, you should consult your manufacturer’s manual.

It is important that you follow the manufacturer’s manual before the next oil change. As it is the manufacturer who made the engine, he knows the viscosity of the oil and knows which type is best for lubrication. Modern engine oils are designed to be more efficient and last longer. Instead of the usual oil change after 3,000 miles, some types of oil can still be used after 10,000 miles.

Car owners should check the car manual for oil changes instead of the usual service sticker. Modern synthetic engine oils have a tighter tolerance, which reduces the likelihood of metal parts coming into contact with each other. They are also good for protecting the engine from wear and heat. Most car owners have a preference for them.