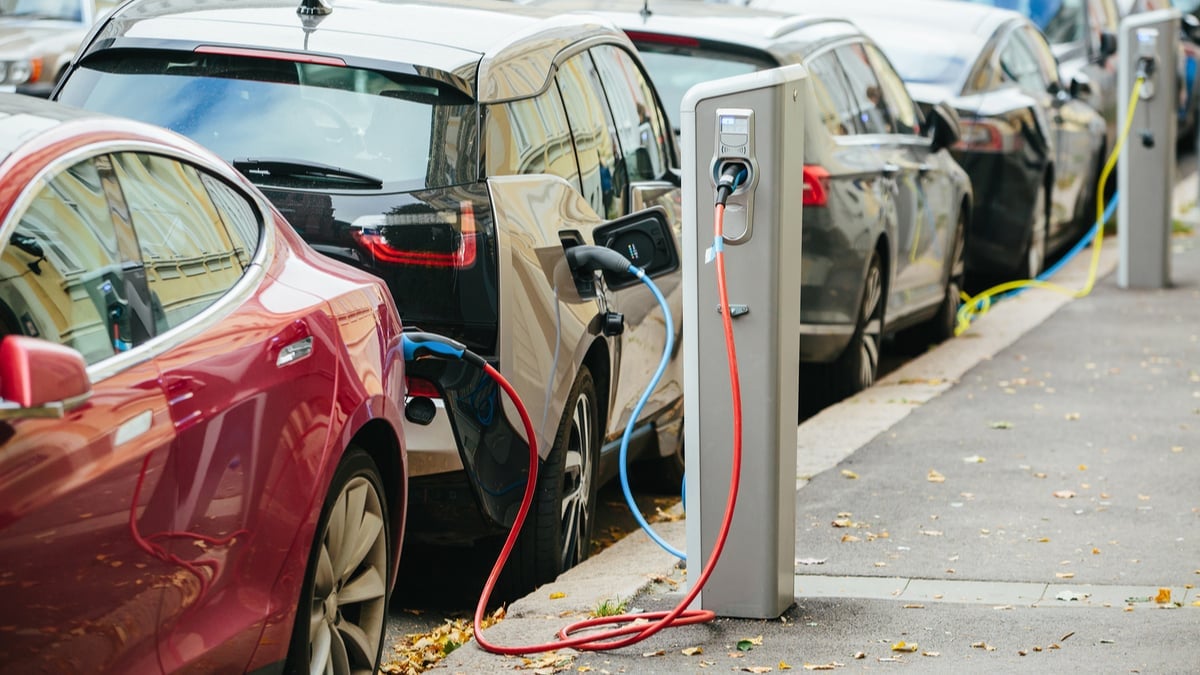 The automotive industry is undergoing rapid change. As an increasing number of governments around the world start to impose deadlines on the sale of new gasoline vehicles, the rise of the electric vehicle is becoming increasingly prominent and welcomed. We hear people talking about making the switch from gasoline to electric, but what exactly does that really mean?

Contents show
What are HEVs (Hybrid)?
What are PHEVs (Plug-in Hybrid)?
What are BEVs (Electric)?
Pros and Cons: How Do They Compare? Which is Best?
Conclusion: Learn the Differences, Make the Right Choice

What are HEVs (Hybrid)?

Hybrid electric vehicles, or HEVs were the first mass-market electric vehicles to be developed. It was Toyota who first came up with the technology and sold it to us as their now best-selling Prius. The Prius arrived in Japan as early as 1997, but was then exported to the US in 2000 for the 2001 model year. For more than 20 years now, hybrids have helped people get the best of both worlds when it comes to choosing between gasoline and electric powertrains.

Hybrid vehicles are essentially a combination of traditional gasoline power and electric battery power. When traveling at low speeds, the hybrid car makes use of its electric powertrain. It will operate on electric power until you speed up when the gasoline engine kicks in and takes over. It will then switch back to the electric powertrain when you slow down, and so on.

The idea is that when you are driving in the city, facing slow-speed and heavy-traffic situations, you can rely more on electric power in order to save on gasoline. But when you reach the highway and need to open up, the combustion engine takes over and gives super-efficient gasoline-powered driving. Some hybrid cars easily get more than 50 miles per gallon.

The electric powertrain is run by a low-capacity battery, typically 1.3 to 1.7kWh, and only delivers a very small amount of electric-only range. The Toyota Prius, for instance, can only do about 10-11 miles on pure electric power. The battery is recharged by the combustion engine whenever the engine kicks in. Part of the function of HEVs is that they don’t need to be plugged in to charge. As you drive faster and the engine takes over, it recharges the electric battery as you go.

It is commonly thought that hybrid vehicles were held up as a kind of “transitional” technology that would help people to start seeing the merits of electric car technology. The benefit of the hybrid car is that it wouldn’t force users to face the problems of range anxiety, since the hybrid car has about the same, if not much more range than a regular gasoline car thanks to their superlative efficiency. They allow those who do different kinds of driving to have one car to handle everything.

What are PHEVs (Plug-in Hybrid)?

Next, we turn to plug-in hybrid vehicles (PHEVs), which are an evolution of HEVs. They work in much the same way as regular HEVs do, but with the biggest difference being that in order to charge them up, you do have to plug them into a charging station or home electrical outlet. The batteries in PHEVs are much larger than those of HEVs, typically ranging from 8kWH up to 18kWh. These batteries can’t be recharged by the combustion engine in most cases, and so are plugged in the same way you would charge up a battery electric vehicle.

The larger battery capacity gives PHEVs a more impressive electric-only range. They typically offer somewhere from 25 to 50 miles of electric range, depending on the brand and model. This makes them quite suitable for longer commutes where users can complete whole journeys or even a whole day of errands, school runs etc. in their PHEV without relying on gasoline at all.

PHEVs are an attractive option for those who don’t like the limiting electric capability of the HEV, but aren’t quite ready to go full-on electric. Because the batteries are smaller, the typical PHEV can also be charged up much faster, and can even rely on “level 1” charging solutions like a factory-issued charging cable to charge up in the garage overnight while plugged into the dryer outlet. There’s no need to install additional wallbox chargers or make use of DC fast chargers.

In the 2022 model year there are already some interesting models emerging from the likes of South Korean auto giant Kia. Their new 2022 Kia Sorento PHEV will offer a combination of self-charging and plug-in charging capabilities. The engine has the capability of recharging the battery back up to around 70-80 percent, which is obviously very useful and makes the PHEV even more attractive to many.

What are BEVs (Electric)?

Finally, we come to battery electric vehicles, or BEVs. These are also simply known as “electric cars” or sometimes “all-electric cars” depending on who you’re talking to. These cars are seen as the end goal for OEMs who are looking to vastly reduce their emissions and offer people zero-emissions vehicles that are fit for the increasingly stringent government guidelines and regulations on emissions.

First of all, these cars have no internal combustion engine at all. They run entirely on electrical power generated by the monster battery packs that typically dominate the underside of these cars. These batteries are both physically heavy, and heavy-duty in their operation. Capacity of these batteries ranges from 24kWh up to 100kWh or more across different brands and models. There have been electric prototypes around for decades, of course, but arguably the first one to have real commercial success was the Nissan Leaf, first released back in 2010 and still going strong today.

Next, the absence of the engine and reliance on the bottom-mounted battery pack means some pretty interesting things for the design of these cars. Under the hood of most BEVs, you’ll now find a storage space, which has been lovingly called by some as the ‘frunk’ (front trunk). The rear trunk is still there as you’d expect, and there are far fewer moving parts in the BEV than there are in either the HEV or the PHEV.

This brings us onto another key feature of BEVs, which is that they are much lower-maintenance than any other EV, and especially when compared to a regular gasoline car. There’s no oil to change, no engine cylinders to take care of, no exhaust system. There are things you have to maintain in the same way, such as the tires and the brakes, but overall the mechanics of the EV are far simpler. The battery is connected to an electric motor, which sends torque instantly to the wheels and moves the car.

BEVs also don’t have options when it comes to transmission. There is a standard single-gear transmission as standard in these cars because they don’t need gear ratios to operate like combustion-engine cars do. The gear shift just has to be moved from P to D, possibly to N or R when required, and back to P. The interior instruments are also more commonly digitized.

One other fascinating feature about BEVs that companies like Tesla have showcased — and others are now following suit — is the amazing potential for BEVs to be repaired without the car having to visit an autoshop. So-called “Over the Air” (OTA) updates are online patches and software updates that are sent from the OEM directly to the car and can work to fix all kinds of problems with BEVs. This is because all-electric cars work much more on computerized algorithms than they do on pure mechanics.

Tesla has even managed to fix a problem with the brakes in the Tesla Model 3 that was increasing stopping distances. Surprised users found the issue fixed overnight and en masse as they received the key (and free) update from Tesla. It demonstrates the amazing potential of these cars in the future.

Pros and Cons: How Do They Compare? Which is Best?

When looking at the three different types of electric cars, one should reflect on one’s own living situation, driving needs and the overall cost of owning each one. For example, let’s say you live in a suburb with off-street parking, a large garage or driveway, and you cover long distances in your car on a daily basis. In your case, you are spoilt for choice. The HEV gives you distance capability and efficiency, but you have space at home for a wallbox charger, which means a PHEV or BEV are also a viable option for you. A long-range car like a Tesla will mean you can get all your driving done in a day and charge back up overnight.

Conversely, let’s consider those who live in the cities. If you live in a downtown high-rise building with underground parking, then you have security but you don’t likely have the ability to install your own charging station. The building you live in might provide one, but it’s still quite rare at the moment. You will therefore rely on public charging stations if you drive an electric car, which isn’t convenient at all. If your workplace has a charging station you can use, then a BEV is good because electric cars are great for city driving. If not, then consider an HEV because then you’ll never rely on charging stations to keep your electric powertrain charged, and you can still enjoy the benefits of more efficient gasoline usage.

For those who need shorter charging times, a PHEV is the ideal solution. For those who need long range that won’t diminish, then a hybrid is best, or possibly a high-end long-range BEV such as a Tesla, but the battery will lose some capacity over time, and probably faster than the hybrid’s combustion engine will. For those on a budget, then only HEVs make sense because both PHEVs and BEVs are currently very expensive, even when you factor in federal rebates.

Drivers with a green conscience who want zero emissions and vastly lowered support to fossil fuel companies should favor BEVs. These are the only cars that can deliver zero emissions and zero reliance on the gas station for fuel. If these fossil fuel providers diversify into EV charging, however, you might find yourself back in their custom.

These factors and others are things you have to think about: range, price, fuel, access to charging, time for charging, and so on.

The main lesson to take away from this article should be that no single type of EV is objectively better than another, because its advantages and disadvantages serve different people in different ways. These electric vehicles work in different ways and benefit different situations, so it’s crucial that buyers don’t assume that one is automatically better. They should take their time to learn the differences and how each one would benefit them.

The other good news we get from all this is that we will still be spoiled for choice as cars become electric. Some were worried that electric cars were going to be more monotonous or mundane than gasoline cars, but they’ve already been proven wrong and the OEMs are just getting started.