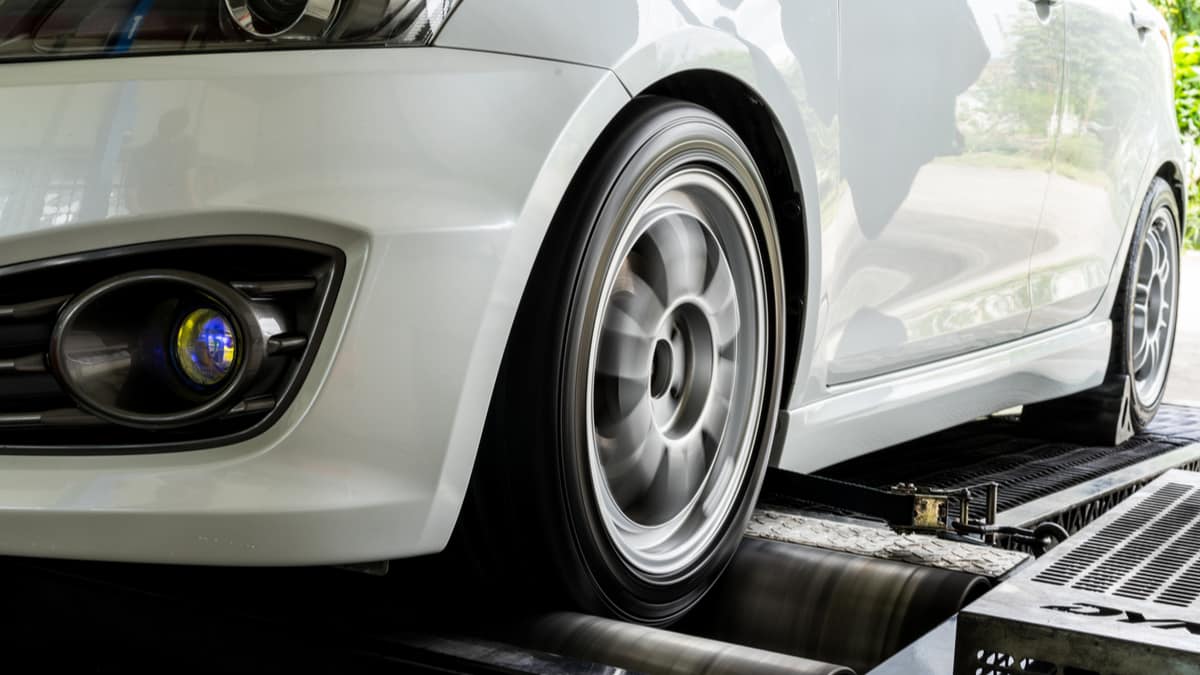 Some people judge cars purely by their numbers. The question, however, is which of those numbers are truly important? There’s brake horsepower (BHP), torque, gas mileage in the city and on the highway, its range (for electric cars), cargo capacity, curb weight, rear passenger leg room…the list goes on.

In today’s blog, we’re looking at 2 of these metrics, BHP and torque, and asking the core question of which is more important and why. These two numbers are cited by OEMs, the dealerships that sell their car, and are sought after by eager fans who want to know how powerful a car is. Below we’ll look at which one gives you the better picture.

First of all, let’s be clear about the two factors we’re discussing and exactly what they mean.

Brake horsepower refers to the pure and unrestricted power of an engine without taking into account any power loss factors such as heat or noise. The BHP is generally what determines the top speed of any vehicle, which is why we tend to think of the fastest cars overall in terms of their horsepower.

If you’re wondering about the difference between BHP and HP, the latter is the same unit of power, but this time taking into account the losses caused by things like heat and noise. If you want to break it down even further, you can also divide horsepower into two types, wheel HP and crank HP. The former refers to power at the wheels, which includes power loss from transferring that power from the engine to the wheels. Crank HP refers to power generated by the engine without any transmission loss.

Put very simply, torque is rotational force and is calculated by doing force multiplied by length. Torque is a crucial force within the vehicle, because many components rely on the same rotational force, such as the pistons being pushed, the rotation of the flywheel and more.

Therefore, the figure of torque that your car has — typically measured in pound-feet (lb-ft) and in some countries using Newton-meters (Nm) — dictates how much “turning force” it has. In more everyday terms, it tells you how normally or well the car could run if it were, for example, laden with luggage, or traveling up a steep slope.

The more torque in pound-feet that a car can deliver, and the lower the RPMs at which the car can deliver this torque, the more capable the car is at accelerating, maintaining cruising speeds when heavily laden, and more able to drag itself and any payload up a hill.

Without mentioning any specific brands, how do the figures of BHP and torque get applied to real-life vehicles. Let’s say you have two cars, one boasting 240hp but only 144lb-ft of torque, and another with 180hp but 175lb-ft of torque. Regardless of what make or model they are, we can tell a lot from just these numbers.

This is a car built for performance. It’s likely a sports car that’s loaded with “racetrack DNA,” built for a high top speed, pleasing acceleration and dynamic performance all round. Its torque, while not very low, isn’t commensurate with its raw power and speed in horsepower terms.

This is a car perhaps built for utility. The massive torque that it has means it is likely quite capable of carrying a larger payload, pulling a small trailer and coping on slopes. It could be an SUV, or it might even be a piece of farm machinery.

Overall, it may seem quite a simplification to some, but the main separating factors when it comes to application are performance and utility. BHP gives a car performance capabilities with a much higher top-end speed estimate. When you’re on a track and driving competitively, a handful of additional BHP is all you need over an opponent to outmaneuver them and pass them at a critical stage.

Torque, on the other hand, gives a car a kind of power that can be utilized in the real driving world. Top speeds are not necessarily important when everyone is driving on public roads where speed limits never exceed 70 or 80mph. Torque, however, is very useful to those people driving both in the city and in the countryside.

Is Horsepower or Torque Most Important?

In fact, it’s quite hard to claim if the horsepower or torque is more important than the other, and that’s mostly because the two are also connected. It also depends a lot on what you are going to use the car for.

We’ve discussed them above as though they are 2 individual and independent variables, but the fact is that they are not entirely independent of each other at all.

There is an old quote saying “Torque is winning races and horsepower is selling cars”. While it is maybe not the whole truth, that statement is actually a little bit of the truth.

Horsepower (HP) is calculated by multiplying torque by RPMs. Therefore, engines with a lot of torque can also produce a lot of horsepower at low RPMs. A low-torque vehicle can still produce a lot of HP, but it will take the vehicle longer to get there because you have to rev the engine more to build up HP and get to the peak level.

Therefore, the answer to the main question of which of the two factors is more important becomes very tricky to answer. Clearly one answer is that you need a combination of both things to create sufficient performance to meet all user needs. A car with all torque and no apparent power can just accelerate very quickly to an unimpressive speed, and a car with all BHP and little torque can go very fast, but only if you give it lots of gas and wait a while.

Another way to answer the question, as we’ve also touched on above, is through application. Drivers need to look at what they need their vehicle to do and then can determine whether they need more BHP or torque. If you’ve ever noticed that farmers use a lot of diesel, for instance, they do so because their vehicles are usually all powered by diesel. This is chiefly because diesel engines are far better torque producers than regular gasoline engines. Farm machines need pulling power and torque force. They aren’t entering any races, so they’re focused on the torque delivery.

Driving instructors also tend to prefer diesel cars for their torque, mostly because it’s much harder for learners to stall a turbo diesel than it is to do the same to a gasoline car. Having said that, they also need a good amount of horsepower so learners can develop skills for driving the car at considerable speeds.

Competitive racers need torque, of course, but horsepower remains the more defining factor because any additional horsepower they have gives them the crucial advantage they need in getting around an opponent with an additional burst of strength at the critical moment.

Therefore, we come full circle back to the somewhat frustrating answer to this problem of BHP Vs. Torque. There’s no objective way to say which is more important, since it depends entirely on the needs of the driver. The best thing you can do is understand how each affects the performance and capabilities of a vehicle, and then compare those facts to your own daily needs from a vehicle. If you do that, you’ll end up with the best-possible balance of BHP and torque.