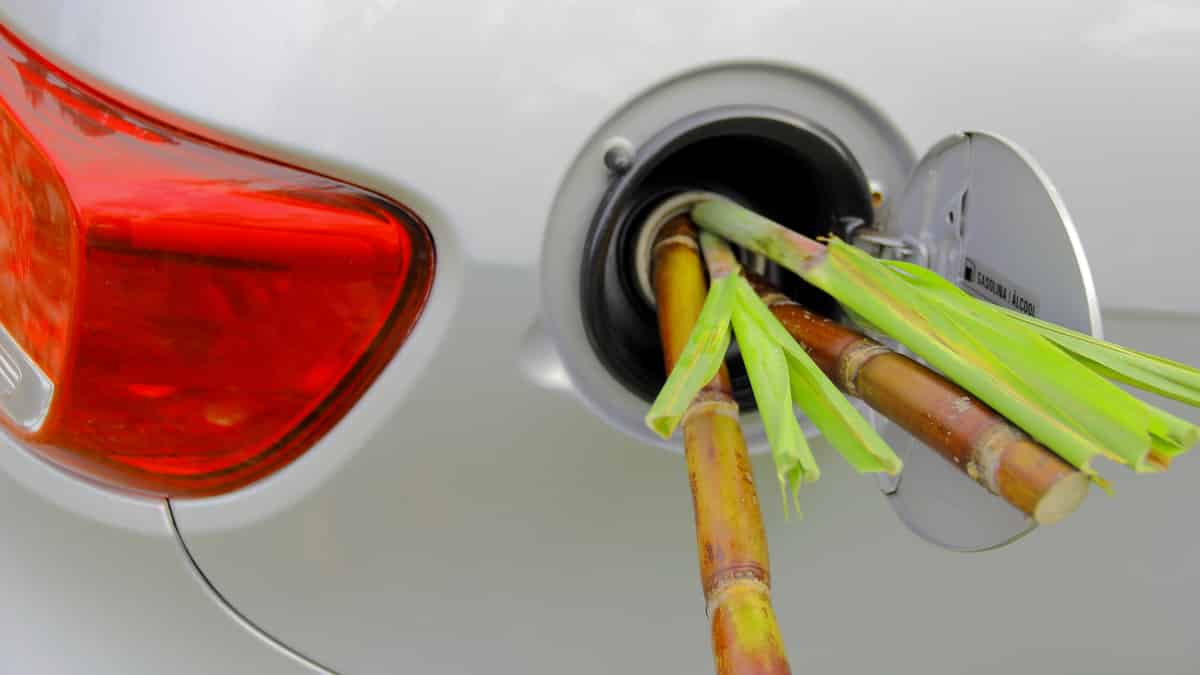 It’s a common fable that sugar can be poured into a gas tank to ruin an engine. If someone is seeking revenge, this might be an appealing action, but what effect does it really have? What happens if you put sugar in a gas tank? Is it going to ruin the engine or just cause performance issues?

We look at what actually happens when gas mixes with sugar. Our article outlines the consequences and shows you how to rid the system of sugar.

What Happens If You Put Sugar in Gas Tank?

If you put sugar in the gas tank, it will remain crystallized and sink to the tank’s bottom. While it probably won’t damage the engine, it could clog the fuel filter and lead to performance issues. Sugar doesn’t dissolve in gas the same way it does when hitting water.

Sugar sinks just like sand would in the fuel tank. You will still need to get the sugar out of the fuel, but you shouldn’t need to replace the engine.

On the other hand, there are substances that could be added to the fuel that would cause permanent engine damage. One such example is water. If water is mixed with gasoline, the consequences could be unrepairable.

Symptoms of Sugar in Gas Tank

The most common symptom of sugar in your gas tank is engine performance issues. These issues could be power surges, a stalling engine, or slow acceleration. It could also cause your engine to not start.

Here is a more detailed list of the common symptoms of sugar in gas tank:

Sugar from the gas tank can infiltrate the fuel intake lines. When an obstruction is caused, the fuel can’t properly pump through to the engine.

Because the fuel levels are held back, there could be surges of power when you try to accelerate. As the lines become more clogged, the situation will get worse.

If the lines become completely clogged, the engine might become starved of power. When this happens, the engine can stall.

You may also see issues with idling before the engine stalls. In some cases, you may be able to restart the engine.

At the very least, the sugar crystals could lead to performance issues. Even a small amount of sugar in fuel lines can create a caramelized effect as they get heated up.

If the sugar gets to the pistons, valves or cylinders, the engine can stop performing the way it once did. Problems could become more noticeable when you try to accelerate and the sugar moves through the lines.

The car might not start, but not because of permanent engine damage. If sugar stops the engine from turning over, it’s only because there’s a blockage of the fuel system.

A massive clog will prevent the engine from getting the fuel it needs. If you continue trying to start the vehicle, you could kill the battery or the starter, so you don’t want to keep cranking it.

Sugar can caramelize on the components of the fuel pump, but only if the filter is located beyond the pump. If the sugar builds up enough, it could cause complete failure of the pump.

When the pump begins to fail, you might start hearing strange noises. It can sound like a squealing, whining or whirring as the sugar blocks it from working correctly.

How to Fix Sugar in Gas Tank

You need to remove all of the sugar from the tank if you want the vehicle to operate normally. There’s simply no shortcut to this fix. You must take the fuel tank off of the vehicle, which requires that you first disconnect it from all of the fuel lines and the pump.

Before you take off the tank, you want to try to reduce the amount of gas that’s inside. With less fuel, it will be lighter to work with and there will be less of a mess.

Once the fuel tank is removed, make sure you place it on level ground. With a siphon, you will remove the remainder of the fuel. With a pressurized hose, you can clean out the interior of the fuel tank. Once the tank is washed out, remove all of the water.

Next, you will use a Shop-Vac to get rid of any debris, sugar or rust that’s left behind in the tank. With a clean rag, you will wipe down the inside of the tank to ensure nothing is left behind. Leave the tank off to dry for at least an hour. If there’s any moisture leftover, it will evaporate during this time. Remember, water is detrimental to the engine.

With the fuel tank cleaned out, you are ready to reinstall it to your vehicle. Reconnect all of the hoses and lines. You should also replace the fuel filter if you’ve run the car at all with the contaminated fuel inside. Fill up the fuel and get back on the road without any worries.

RELATED: What Happens if You Put Gasoline in a Diesel Engine? (& What to do?)