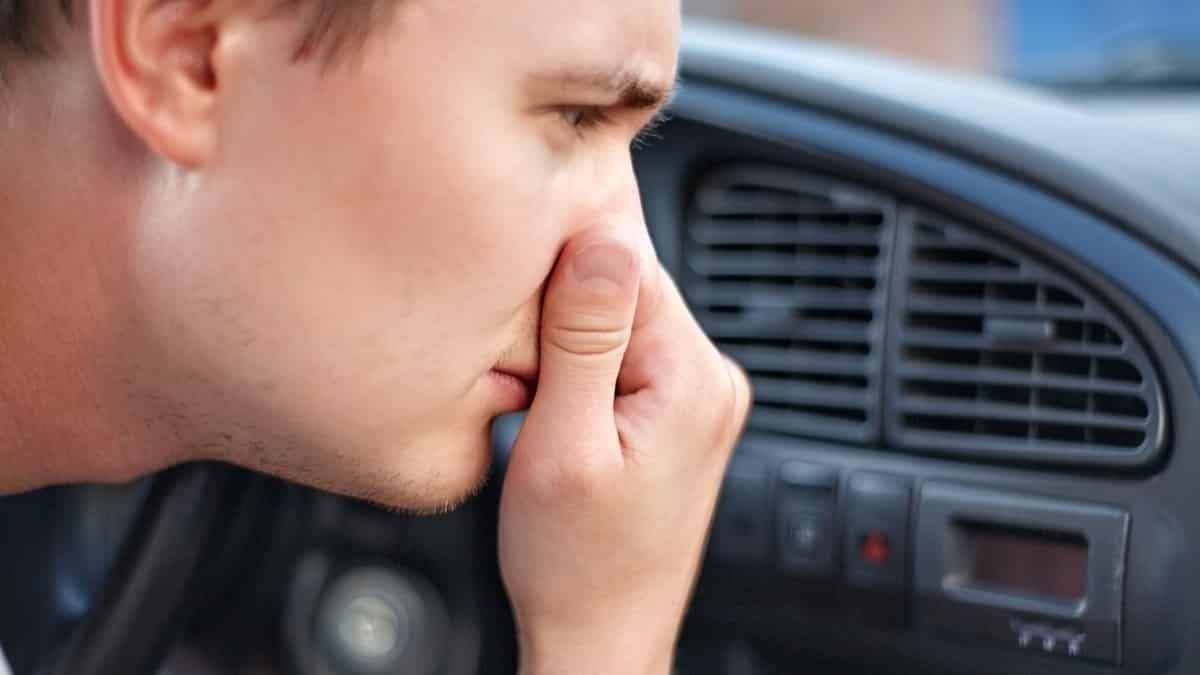 When you drive your vehicle off of the dealership lot, you are enamored by the way it smells like a new car. The leather and upholstery all smell fresh and clean; it’s intoxicating. Fast forward a few months after you have used your vehicle. It no longer smells like a new car anymore. You have eaten in it, spilled a few drinks and wiped away that new car scent. While that may be normal, there are some car odors and smells that are abnormal.

We talk about the eight car smells and odors that should grab your attention. Not only do we discuss what each odor might mean, but we also tell you when professional service is required.

If you begin smelling rotten eggs, it could be a sign that the conversion isn’t working as it should, indicating a problem with the catalytic converter. While this can be an expensive repair, you always want to replace a defective converter immediately. Otherwise, your car might not pass local emissions testing.

When you are cooking in the kitchen, the smell of hot oil can create a chain reaction causing hunger. That’s not what happens when you smell hot motor oil.

In many cases, the odor indicates that engine oil is leaking, probably onto the exhaust manifold. You will have to inspect where the oil is coming from in order to fix it. For example, if the oil is leaking onto your driveway, it could be originating at a leaking crankshaft, while smoke with a leak could indicate a defective valve cover.

When a car is leaking antifreeze, there is a distinct sweet smell that occurs. Generally, you will smell it right after you turn off the vehicle or while it is running.

Inspect the system to determine where it is leaking antifreeze. If the leak is internal, you could be looking at a blown head gasket. Either way, you want to have it looked at before the cooling system fails, which can ruin your car engine.

When you are racing on the track, the smell of burning rubber means you are doing something right. However, the everyday driver should never smell rubber that’s burning. It’s a clear indicator that something is wrong.

In some cases, burning rubber could indicate a belt or hose that has come loose. As the parts break free, they come in contact with hot engine components, leading to a burning smell.

On the other hand, it could indicate a fluid or oil leak. Even worse, it could point to a bad drive belt. To ensure the problem doesn’t lead to anything larger, you should perform an immediate under-hood inspection.

When the braking system is working as it should, you should step on the pedal and stop the car without any usual smells. When the brakes start to smell like they are burning, this is cause for alarm.

In normal driving situations, the smell might indicate that the brakes are dragging. If left unresolved, the defect could wear out the pads and eventually damage the rotor. Additionally, you might have forgotten to disengage the emergency brakes, which would cause the same smell.

If you smell gasoline while you are at the fuel station, this is completely normal, considering it is surrounding you. However, if you continue to smell it after you pull away, there could be a problem.

In some cases, you might have simply spilled some on the vehicle. These spills should be cleaned up immediately, or you could end up with damage to the paint. It could also indicate something more severe, such as a leak in the fuel injection line or vent hose. Don’t mess around with any fuel leaks. Have it checked out by a professional immediately.

7. Exhaust in the Vehicle

You also never want to ignore the smell of exhaust infiltrating the cabin. Exhaust fumes are routed away from the cabin on purpose. Not only can the smell be overwhelming, but some of the gases can be deadly when inhaled.

The presence of exhaust in the car means that there is a leak within the system. However, it could also be something as simple as a defective seal on one of the doors or windows. A leak test will need to be performed to hunt down the trouble.

Does your car smell like you just left the locker room, especially after you turn on the air conditioning system? This odor indicates that there is mold or mildew growing in the HVAC system, most likely in the evaporator.

Both mildew and mold can be harmful allergens, especially if you are sensitive. You might notice trouble breathing, watering eyes, sneezing and headaches as a result. If it is a mild problem, you may be able to run the fan and keep the vents open to dry out the system. Otherwise, it will need to be professionally serviced.

How to Keep Your Car Odor Free

If you notice any of the above odors, you want to take prompt action to resolve the problem. There are also ways to keep your car smelling its best every day. For starters, make sure you remove all trash from the interior. You should also avoid smoking in your vehicle.

Use floor mats and keep the windows closed to ensure there is no unnecessary moisture in the vehicle. Furthermore, spill-proof cups are a great investment to have while driving. Consider vacuuming out the vehicle regularly and installing an air freshener to give it a clean scent. If you choose one that neutralizes odors instead of simply masking them, you will have a powerful tool working to combat noxious smells.

« Car Shuts Off While Driving? Here’s How To Fix It

What is Engine Blow-by? Common Causes (& How to Fix it) »